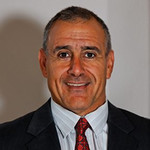 John L. Villano has been our Chairman and Chief Executive Officer since our inception in 2010. Mr. Villano is responsible for overseeing all aspects of our business operations, including loan origination and servicing, investor relations, brand development and business development. He was previously engaged in the private practice of accounting and auditing for almost 30 years. Mr. Villano is a Certified Public Accountant and holds a Bachelor’s Degree in Accounting from the University of Rhode Island. 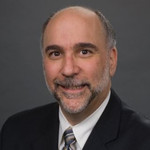 Pete brings over three decades of experience as a business executive and professional educator with a diverse professional background as a corporate officer, senior HR leader, CEO advisor, chief learning and talent officer, organization development partner, executive coach, and entrepreneur. Throughout his career, Pete has held cross-functional positions in information technology, finance, human resources, transportation/logistics, and sourcing at well-known companies such as GE, Sachem Capital Partners (the predecessor of Sachem Capital Corporation), Syngenta, HP, Stanley Black & Decker, Hess Corporation, and TBC Corporation. More recently, during his employment at the last five companies, Pete served as Chief Learning Officer and Vice President of learning, talent management, and organizational effectiveness. Pete earned both his doctorate and masters in adult and workplace education from Columbia University’s Teachers College (USA). He holds an MBA from the University of Bridgeport (USA) and a Bachelor of Arts degree from the University of Notre Dame (USA). He is currently writing a book on global business best practices entitled The Three-Legged Stool. 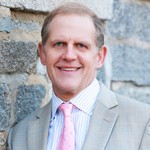 William C. (“Bill”) Haydon is our Chief Investment Officer and Director of Investor Relations. Bill is a talented and seasoned executive with over 25 years of experience in financial services and investment banking. He brings a wealth of expertise with strengths in areas such as lending, securities asset management, initial public offerings (IPO), investment banking, and financial strategy and long-term planning. In his role, Bill is responsible for the company’s liquid reserves and securities portfolio and he oversees Sachem’s underwriting team, as well as Investor Relations.

Prior to joining Sachem Capital Corp. in 2021, Bill served as a Portfolio Manager and Branch Manager at Wells Fargo Advisors Financial Network from 2011. Before that, from 2008 to 2011, he served as a Vice President within the Wealth Management division of UBS Financial Services. From 1999 to 2006 Bill was the Managing Director of Northern Mortgage Company, LLC, a firm which he successfully merged into a division of Indy Mac Bank in 2006. Prior to this Bill was a regional lending officer at Dime Bank of New York from 1996 to 1999, focusing on commercial and residential lending.

Bill has held numerous FINRA securities registration designations including series 65, 7, and a Series 24 General Securities Principal registration. Bill holds a Master of Business Administration from the Isenberg School of Management at the University of Massachusetts Amherst and a Bachelor of Science in Business from Skidmore College in Saratoga Springs, New York. Bill is also a Certified in Commercial Underwriting & Processing (NAMU ® - CCUP).

In 2019, Bill Haydon, was recognized as a “Best in State Wealth Advisor” by Forbes Magazine.